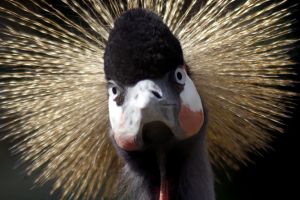 If you ever suffered from dandruff, then you know how hard, if not impossible, is to get rid of it. Shampoos, treatments, drastic haircuts, all for only a temporary illusion that you’ll get rid of all the trouble, and that you’ll be able to dress in black without worrying that you’ll look like a snowman. Vitamins for hair growth seem to have a positive impact on dandruff too, but there aren’t any medical studies to support this statement. Just try taking them for two-three months and see how you are.

Good news from the science world: the dandruff’s genes were finally sectioned, as announced by Reuters and by the U.S. National Library of Medicine a few days ago. According to this study done by researchers at P&G Beauty, the “creature” responsible for our dandruff (and of another skin conditions) is a fungus called Malassezia Globosa. For scientific details of this study you can follow the links. What’s strange with this fungus is that until now, scientists were not aware that it has reproductive capability, but the study showed that it actually does. This can explain why many times dandruff manages to evade even the most efficient anti-dandruff shampoos.

So next time you’ll have a scalp itch and you’re sure that’s not an eczema, think at Malassezia, who’s fooling around on your head 😆