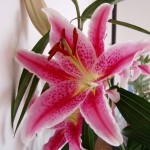 If you have a DSLR camera, then you probably know how cool it is to take photos in RAW format in order to further process them in the computer. The RAW image file stores data from the camera sensor without processing them, thus leaving you the choice of setting the exposure and other parameters after the photo was taken. It’s just like a film photography negative. With good photos, you might not notice a difference, but this format can rescue a lot of borderline images which would be lost otherwise. The pain with RAW images is that you need a photo editor to process them and to export them to a printable file format such as jpg or png. Different models of Digital SLR cameras use different file extensions for their RAW images, therefore there are probably tens if not hundreds of such file formats. For instance, Fuji cameras make .raf files, Olympus makes .orf, Nikon makes .nef or .nrw, Panasonic makes .raw or .rw2, Leica makes .raw, .rw1 or .dng and the list could go on. This is how it comes that we can’t view such images without exporting them first. I must confess that I’d have expected Windows 7 to include a RAW image viewer, but it seems I was wrong.

Anyway, as far as I’m aware, DSLR cameras come with their own photo editing software which allows you to view RAW images. If for some reason you don’t want to use that, here are a few more options, not all of them free, but worth considering: 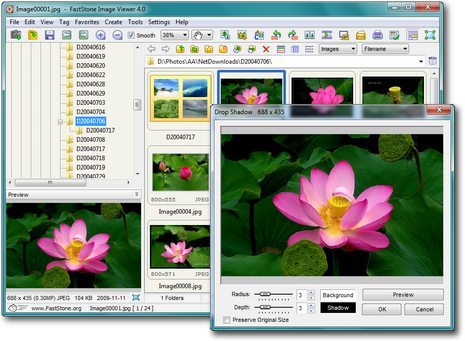 The user interface is very easy to use, as it looks very much like Windows Explorer. FastStone Image Viewer is free.

Picasa 3.5: it enables viewing all image formats supported by GDI+. In order to be able to view RAW formats, you further need to install their respective codecs. For example, if you need to see Nikon raw files, you can get the codec from here. Picasa is freeware.

FastPictureViewer Codec Pack 2.4: 64-bit and-32 bit image decoders for Windows 7, Windows Vista and Windows XP SP3. This pack contains 27 codecs (image decoders), supporting 43 image file extensions such as .srf, .srw, .orf, .pef, .sr2, .nef or .dng. The Fast Picture Viewer codec pack is compatible with Windows 7 64-bit and 32-bit. The developer claims to be a Microsoft Registered Partner, listed on the Microsoft website as one of their approved suppliers of Windows-compatible image codecs. 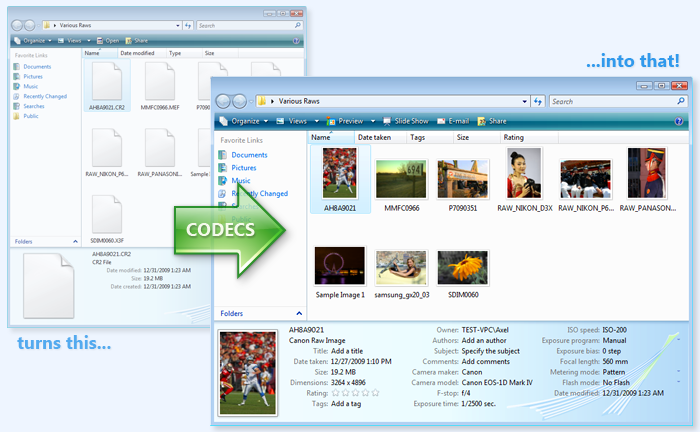 Too bad it’s not free, the cost depending on the number of licenses. The single-user license is $14.99. There’s a 30 day guarantee, so if the codec pack doesn’t work as advertised and the developer can’t fix it for you, you get your money back. Here’s where you can download it from: http://www.fastpictureviewer.com/codecs/

Personally, I’m for free software, but I thought this last one was worth mentioning, despite the fact that it’s not free. There was a 6-month free version a while back, but it’s not available anymore.